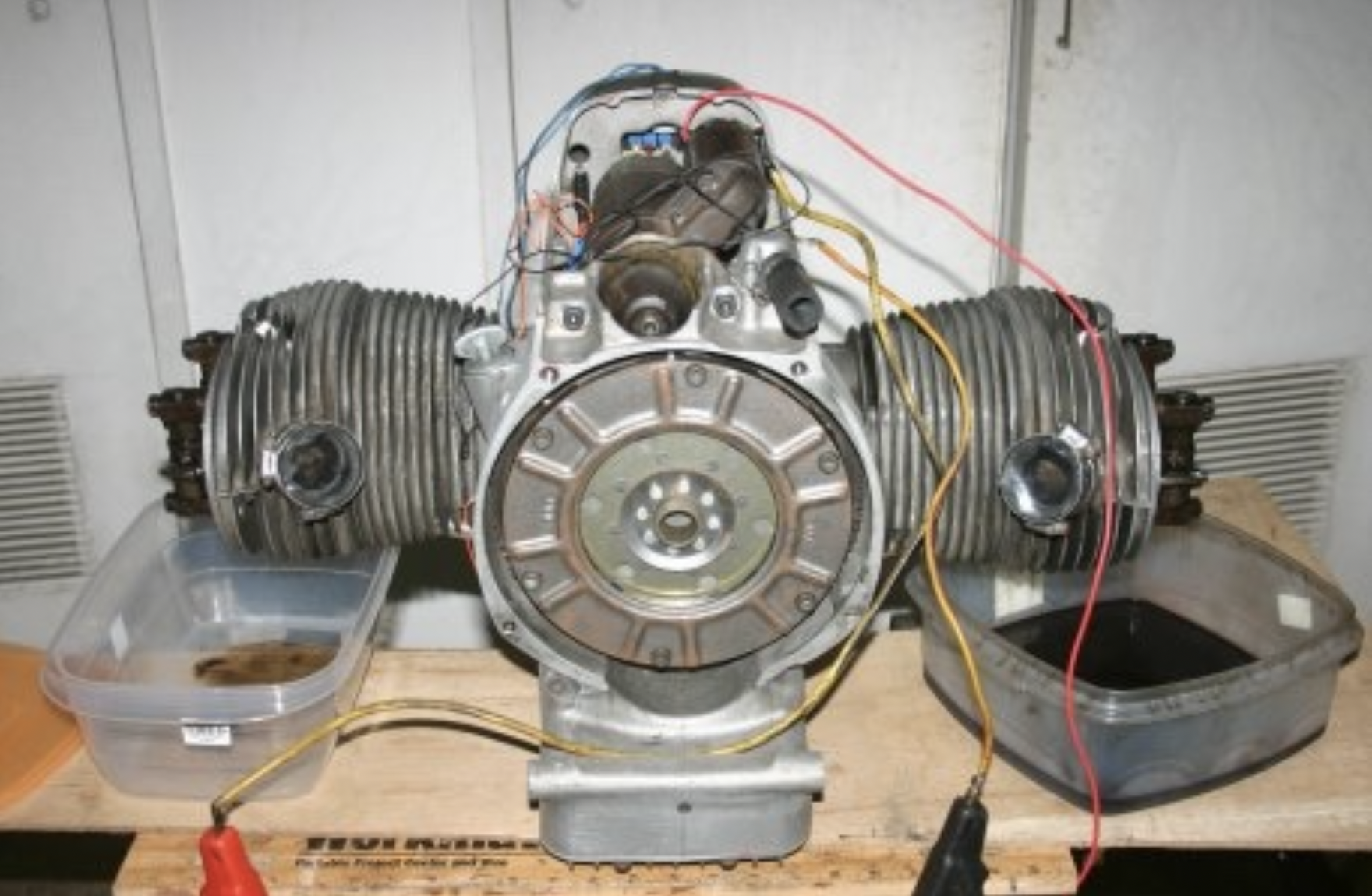 Nothing was original in the wiring mess (below). When ripping the old wires out I also found that two diodes in the diode plate were broken and part of its printed circuit board burned, probably by a shortcut. I wonder how the previous owners managed to keep the battery charged, probably by never using the light, the blinkers did not work anyway, and by kick starting the bike. That explains the broken kick starter.

From Germany I had already brought new switches and relays. But another problem was getting cables to re-build the wiring. Cables in Philippine electrical shops have very thick insulation and little copper inside. Detlef from Continental Philippines tried to help but they only have pre-configured cables and no bulk stock.Then I tried shops in Manila, with no success. Finally Tantan found a large variety of car wires somewhere in Manila and the wiring job could begin.

It took me two long weekend nights and half a crate of San Miguel to rewire the bike, as close as possible to the original but with compromises mainly on color coding of the wires.

The ignition coils seemed OK, except that the original configuration contains two 6 V coils in series while my bike had two 12 V could parallel. This led to problems later with a weak spark on once cylinder so I swapped the two coils for a Rice Rocket coil with to secondary windings.

The “Bosch Erbsen” (diodes) of the diode plate I could not find, but other diodes with comparable performance, I therefore repaired the diode plate instead of buying a new one. Other work:
Replacement of the two capacitors in the picture by one as in the original.
New contact breaker.
New coals for the Alternator.
New breather hose in the contact breaker housing.

A new starter locking relay, prevents that the electric starter can engage while the engine is running.

Not exactly as the original in appearance because of compromises in color coding of the wires, but functionally 100% the original.