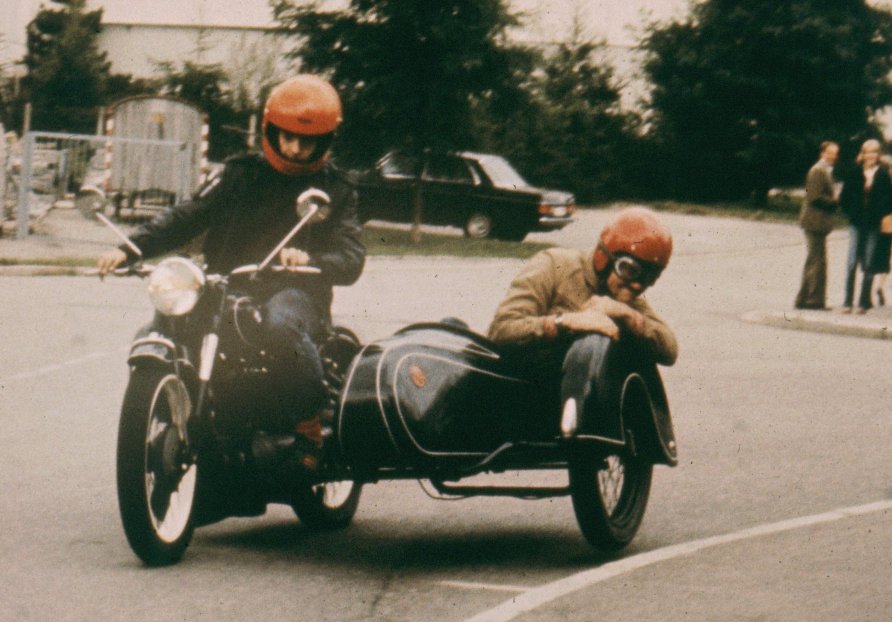 After getting tired of my first bike, the Honda CB125, I bought the BMW R25 from the son of a farmer. It was in terrible condition, the engine did not run and the whole bike was brush-painted in flat black.

In Germany the seventies were the golden years for vintage BMW enthusiasts. You just had to drive around the countryside and check out the farms. Many farmers had an old German motorcycle, such asBMW, Triumph, Adler or NSU, in the barn which they had used in the postwar years. The bikes were in various conditions, but usually not being used anymore. And they were cheap because motorcycles were kind of out of fashion in those days. In 1980, however, the owners already knew about the value of those old bikes for collectors so I had to pay an outrageous amount of  600 Deutschmarks for the broken R25.

I had just recovered from a motorcycle accident, which had tied me to bed for 4 weeks with a broken leg, and I needed a new bike that restrained my urge to go fast. So I thought the old BMW would be a nice project and would keep me out of trouble.

The BMW was in so bad condition that I had to completely disassemble it. It took roughly a year  to take it completely apart, strip of the terrible hand brushed paint, replace worn and broken parts and repaint the whole bike. The tank had many holes at the side where the knee pads were attached. I fitted an oversize piston, new valves and valve guides, and had the exhaust pipe thread at the cylinder head re-done. Looking for a battery with the old fashioned hard rubber housing was a bit of a problem. After a few weeks I knew each individual dealer of antique BMW parts in Germany by first name. When the bike was completed my parents’ suffering ended and they got back their garage, basement and part of the terrace, which I had all confiscated to served as my motorcycle repair shop during the restoration.

Then came the big moment: Flooding the carburetor, one kick on the kick starter and an exciting “nuff-nuff-nuff” sound, that I´ll never forget, came out of the fishtail exhaust pipe. As if she just had left the assembly line. Total cost of the repair amounted to less than 1,000 Deutschmarks since most parts (like bearings) were standard off the shelf items and are still available in every hardware shop.

The bike passed the road fitness test or “Vollgutachten” at the German TüV without any problems, I only had to adjust the light a little. I took the R25 on many trips over 4 years around Swabia, to the Elsas in France. 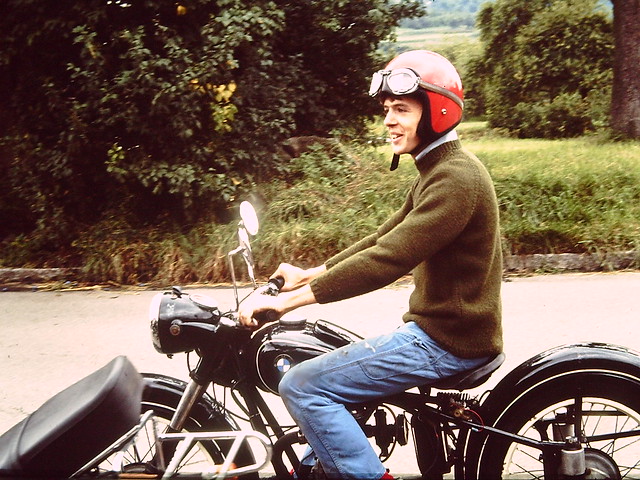 The longest trip went to the Lago Maggiore in Italy which the old lady mastered well except on the Brenner Pass where the engine was overheating. Well, you shouldn’t drive an old-timer like a new bike.

Winter was no problem for us. Back then we were taught. Only wimps would unregister a bike in Winter, below two of my friends, before taking them on a wild ride on the sledge. 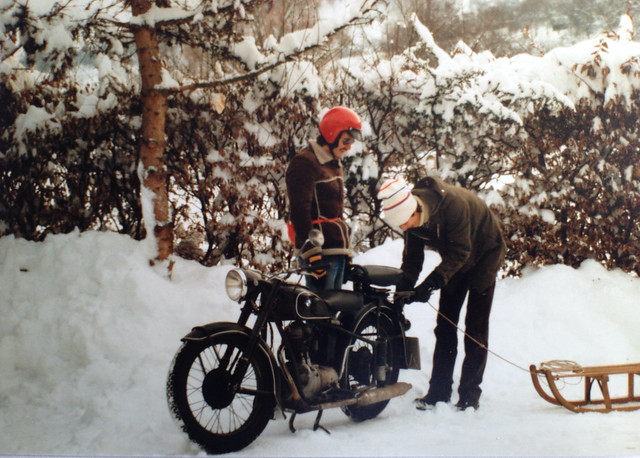 Fitting a side car

Kuno, a friend of ours, found a Steib LS200 sidecar, which he gave to me since he was lacking the motorcycle for it. I mounted it and on the virgin trip I learned my first lesson in riding a sidecar motorcycle. When breaking I lost control and almost run over a pedestrian on the other side of the road. 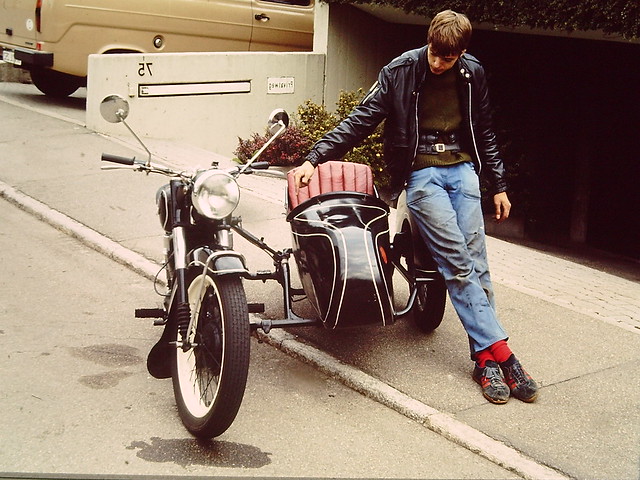 Just before lifting the side car wheel off the ground

But after getting used to it it was great fun. And you won´t believe how much attention a BMW R25 / Steib sidecar motorcycle draws. In Germany this bike contributed to motorization of the society after the war and many of my parent´s generation have driven one or dreamt of owning one. Many people stopped for a look and a chat about the bike where ever I went.

What about wearing helmets, girls?

Not everybody can ride a bike with a side car

A friend, with whom I swapped bikes once to ride his Yamaha RD 250, could not handle the side car and drove it into a house. So I had to convert my parant´s place to a workshop again and restore the R25 the second time. Among other things it needed a new frame. I gave the sidecar to a friend, who also owned a R25, fixed the bike and sold it shortly afterwards to a collector.

Timeline of the restoration and major trips

Vollgutachten at the TüV: June 1982

Trip to the Elsas. France:

Fitted a Steib Side LS200 side car:

Lended to a friend, who drove it into a wall:

Restored the bike after returning the side car: