My second motorcycle model, an English classic bike from AIRFIX. 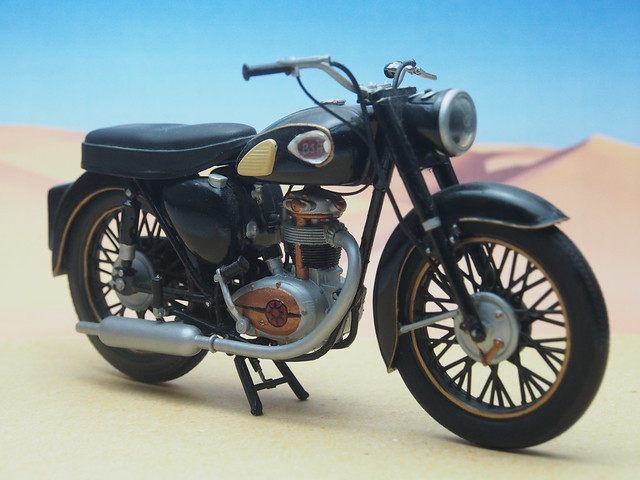 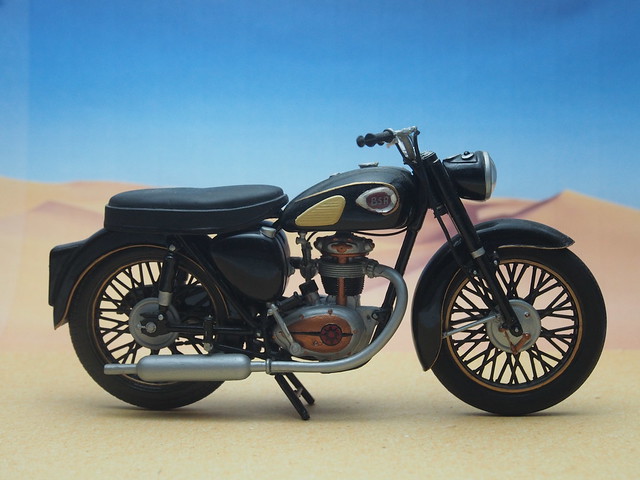 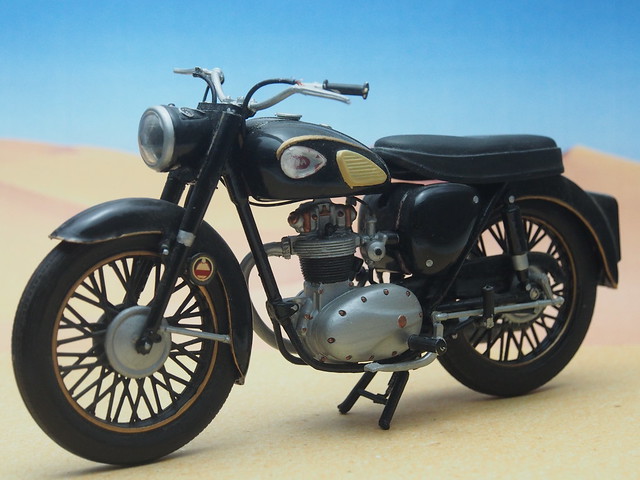 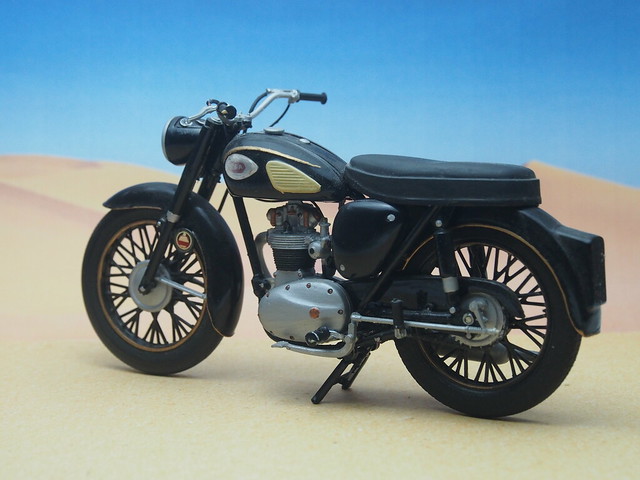 The first model where I spent time on colouring details, see the tachometer and the switch and the engine details, although not even close to an original engine. 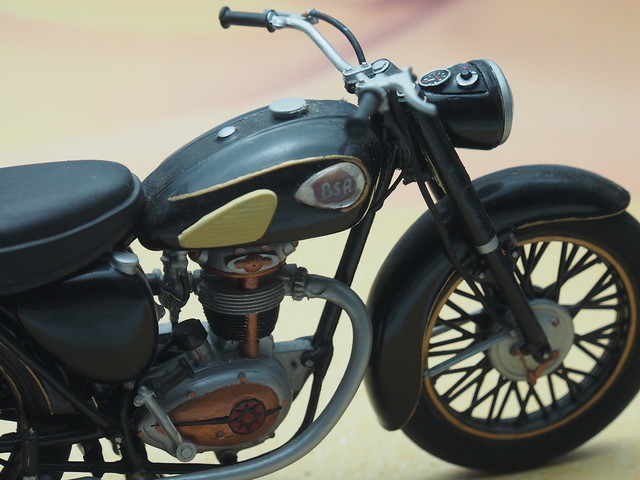 The AIRFIX box, the model was made in 1975. I don’t remember when I had built it. 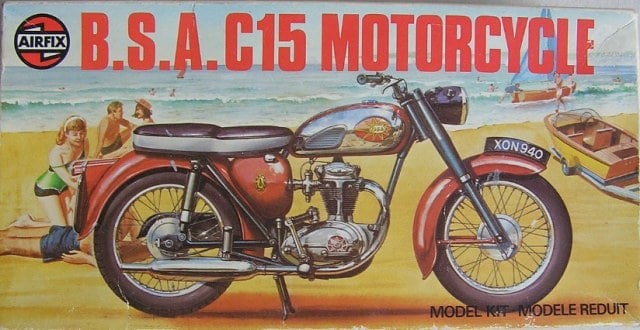