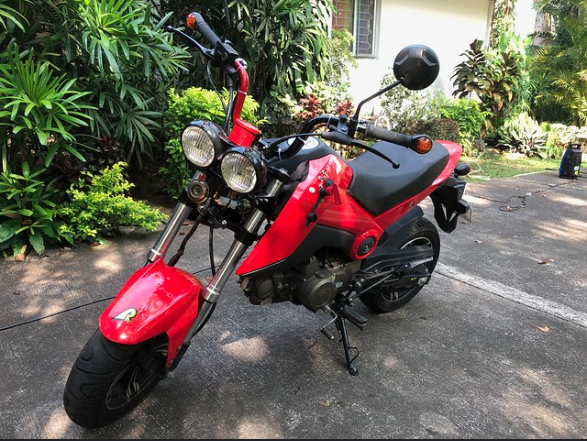 Two times participation in the Motobuilt Filipinas in 2016 and 2017. You can only submit a bike once. So we need a new one.

The idea came about while Miriam was attending the International Academy for Film and Television in Cebu. We had some talk about another custom bike and Harley Quinn, one of Miriam’s favourite villains, came up. Then the visit to a RUSI shop in Los Banos ended up with Martin buying the copy of a Honda Mini bike, with an awful Knick-Knack design that insults any aesthetically touched mind. But somehow it has a lot of useful design features that can be utilised for the theme. And after Mavic negotiated with the dealer in Los Banos, it cost only 40,000 Philippine Pesos, less than US$ 1,000, brand new.

The bike is red, and in the Philippines the color of the bike is specified in the registration papers and changing the colour involves a troublesome process. So that makes things easier. It is structured in a way that applying the alternating red and black pattern is easy. The front fender has two elevated tips on the top, making it with a bit of fantasy look like Batman’s cap, and the bike is small, so kids can ride it easily.

How good are the foundations?

This bike has a lot of plastic, in fact looking at it one could think except for the engine, fork and wheels it is made entirely from plastic. Stripping the plastic parts off for inspection of the project base revealed that there is actually some metal underneath. 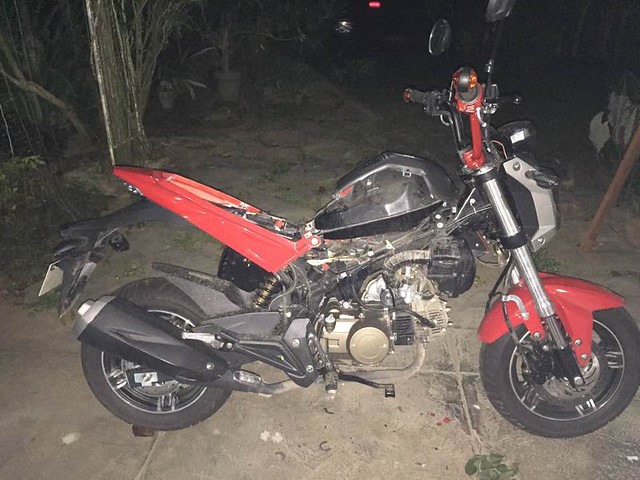 Not a bad basis, but because I am too busy with work, I decided to convert it step by step rather than taking it completely apart. Another question was the still outstanding license plate, I expected that when that arrives I would have to show up with the bike.

The first thing to do was to chance the flasher lights and the back light. The originals flasher lights were extremely ugly and one was broken already, flapping around only on the cables. The cafe racer backlight came from Kickstarter.de. And finally I also got a temporary Licence plate. 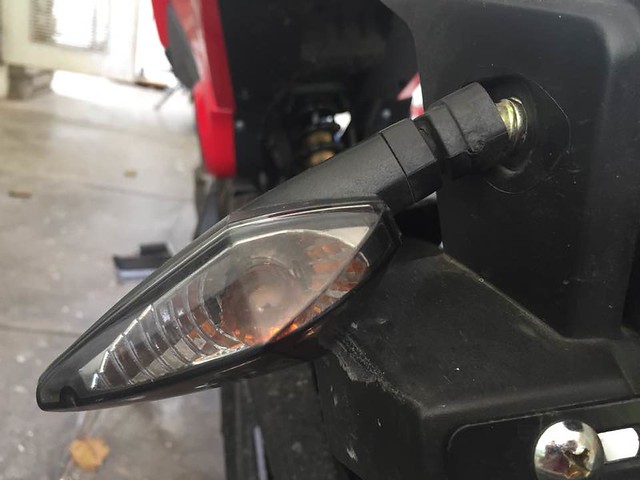 Shit quality, very good design. So these flashers had to go first. 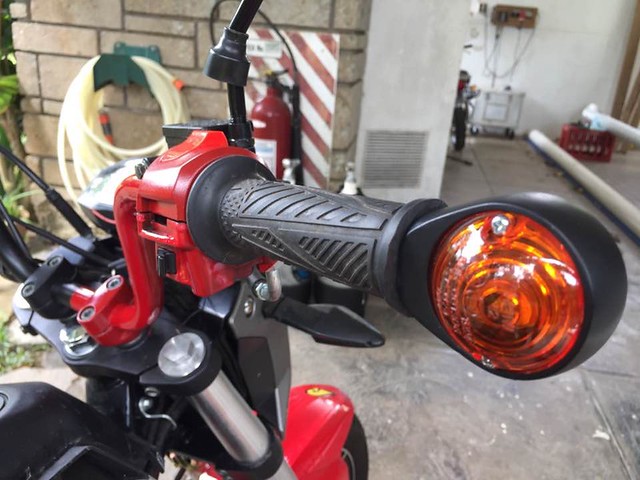 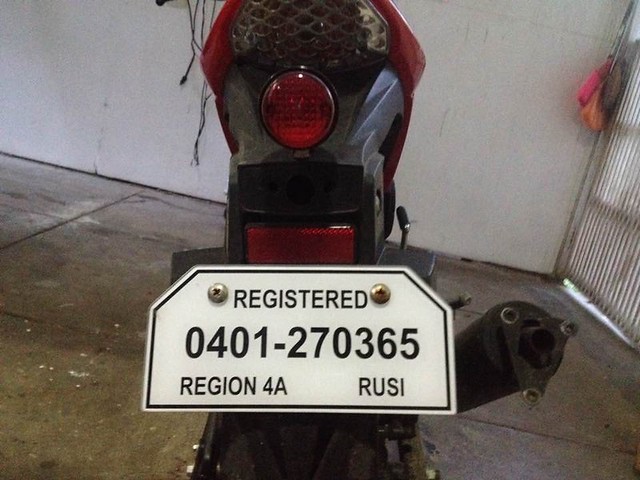 Here’s looking at you, kid

Finding good head lights is not as easy as it sounds. I bought two crappy China made lights on Amazon before and one at the local bike supply shop in Los Banos. The Chinese ones melted within a day since the reflector holding the H3 halogen light bulb and the headlamp diffuser were made of plastic (the company that makes such crap should be punished. The locally bought light was all metal, but had a non halogen bulb, very bad light distribution and no noticeable difference between high beam and low beam. Kickstarter.de had some good looking lights, body made from aluminium, the reflector from metal and the headlamp defuser from actual glass. Those would become Harley Quinn’s eyes. 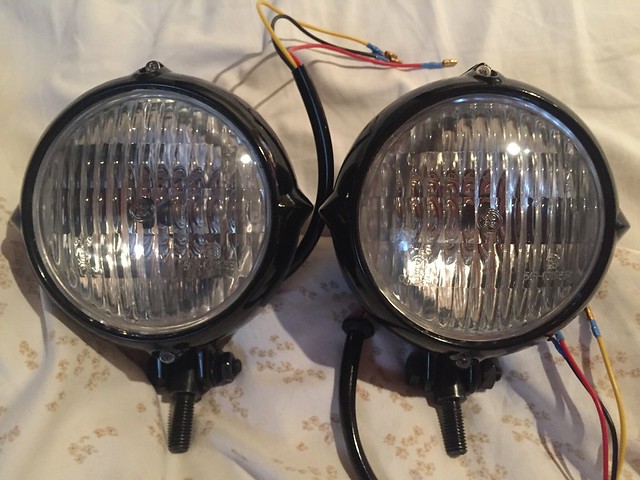 Step by step, these lamps wool morph into the eyes. Some mounting bar custom made by Eugene Manalo’s shop. Lamp holders and a new speedometer ordered. A control lamp panel designed with Sketchup and then 3D printed. A speedometer bracket designed and produced. And some marine epoxy and black paint added. Finally the wiring, according to German standards. 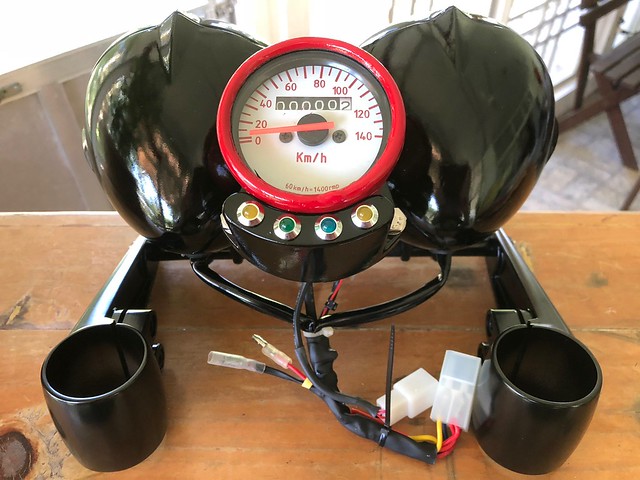 There had been various troubles with the bike:

The broken headset bearing delayed the project then really delayed the project a lot. I had to wait for more than 3 months for clearance of some high quality tampered roller bearings from the customs in Manila. All the time the fork was removed from the bike and further work was not really feasible. It’s more fun in the Philippines.

But then, after the bearings were finally cleared, work continued. 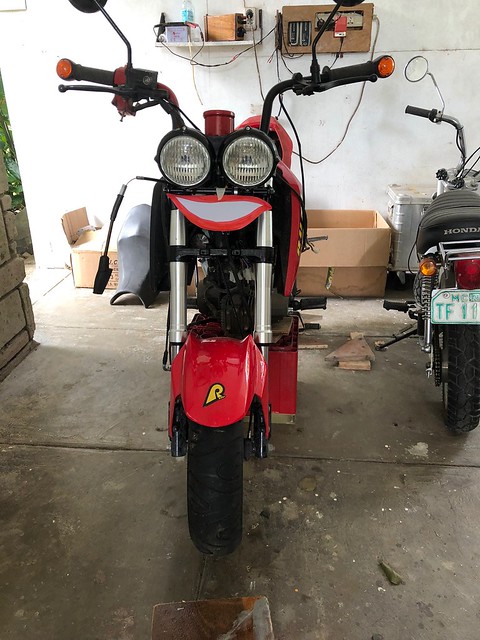 All the electrics in the front had to go. They were quite messy anyway, so I redesigned the connections in the front. The original plastic switches were replaced by vintage replica switches, Lukas style. Unnecessary switches like the kill switch were abandoned to reduce clutter. 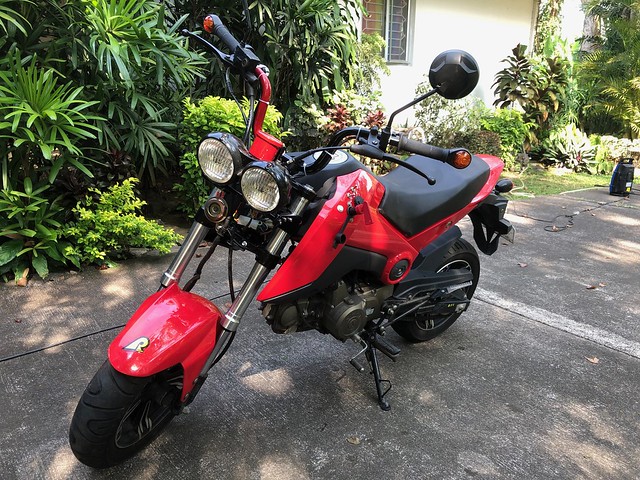